In my experiments with randomly generated fractals, I’ve had a hunch that randomness is a powerhouse of creation. In this post I will explore how randomness can actually create intelligence and how that intelligence naturally evolves.

Let’s do a thought experiment. We imagine a very large space filled with little sticks, like matchsticks. These sticks are randomly distributed and drift around slowly.

If we could observe that, we might only note that there are little sticks, drifting randomly. However, we can’t observe it because we are not in that large space. There are just little sticks.

If there was an observer now, she would see that in addition to the drifting stick, there were strings made up from 2 or more sticks. As the sticks and strings drift around, and form and break up randomly, a new form may appear; a triangle.

The imaginary observer would note a lot of new information in this random space. These triangles are all composed from 3 sticks with angles of 60 degrees. They enclose a surface space of the square of the length of each stick divided by two.

If this imaginary observer were smart, she’d be flabbergasted that such regular information can emerge from random collisions of sticks. A whole mathematics of triangles has just emerged.

Remember that this was a very large space and so there will be many triangles that emerge randomly. So many, that we will see these triangles combine into more complex shapes. Such as two triangles together, and even hexagonal shapes.

The imaginary observer will see the information about the shapes evolve rapidly. There are now new symmetries, new angles, new surfaces and there is even the concept of center, radius and circumference.

there appears to be intelligence at play in the random universe

What started as a large space with random sticks, has evolved to a space that is home to ever more complex forms and shapes. The information about these objects is ever more complex and if only there was an observer, they would have to agree that there appears to be intelligence at play in the random universe. How else could such complex forms emerge?

What if we turned this around? We look at the complex forms and conclude that since there is much intelligence, that intelligence must be the source of complexity in this large space full of random sticks.

This leaves us with one question only. If intelligence is information perceived by an observer and there is no observer in this large random space, then is there intelligence at all?

Let’s imagine that these sticks keep drifting and bumping into each other. Given enough time, atomic forms will emerge and these will lead to molecules. The molecules lead to proteins, DNA and eventually to cells, organisms and in the end, humans.

The humans open their eyes and observe the magnificent world around them. They observe what appears to be unlimited and almost infinite forms and shapes and their associated infinity of information. These human observers must conclude that their universe has infinite intelligence.

there was no intelligence until the humans emerged

But here’s the kicker: there was no intelligence until the humans emerged with a brain and eyes to take it all in and make sense of it. Did intelligence of a universal scale just pop into existence with the humans?

No, I would suggest that the intelligence was latent from the emergence of the first triangle and string of sticks. Information is latent intelligence that becomes real intelligence once a human looks at it. As a consequence, our so called intelligence is a feature of our universe and not of our brain or species.

Seen from that perspective, intelligence is overrated. Not only is it a latent feature of everything other than us, but it serves no purpose other than to entertain ourselves. The universe doesn’t need it. It is what it is and when our species disappears one day, latent intelligence of the universe will still be what it always was.

are some humans confusing the infinite latent intelligence in the universe with an imaginary being?

Humans could easily do so and it would be very hard to argue them out of that belief for no other reason that aside from reversing cause and effect, factually much of their observations would be the same as that which a random universe would create: infinite omniscient, eternal, present in all and all powerful. But if humans were to do so, that would be no different from Tom Hanks creating Wilson to give meaning to his desperate existence. There is nothing wrong with that, if it helps. But to use such a anthropomorphic philosophy to explain the origins and meaning of an otherwise random universe might lead to a few issues.

In my previous post I argued that incompatible worldviews such as materialism, non-duality and religious models are due to the way that we seek the source of our experience through our senses. END_OF_DOCUMENT_TOKEN_TO_BE_REPLACED 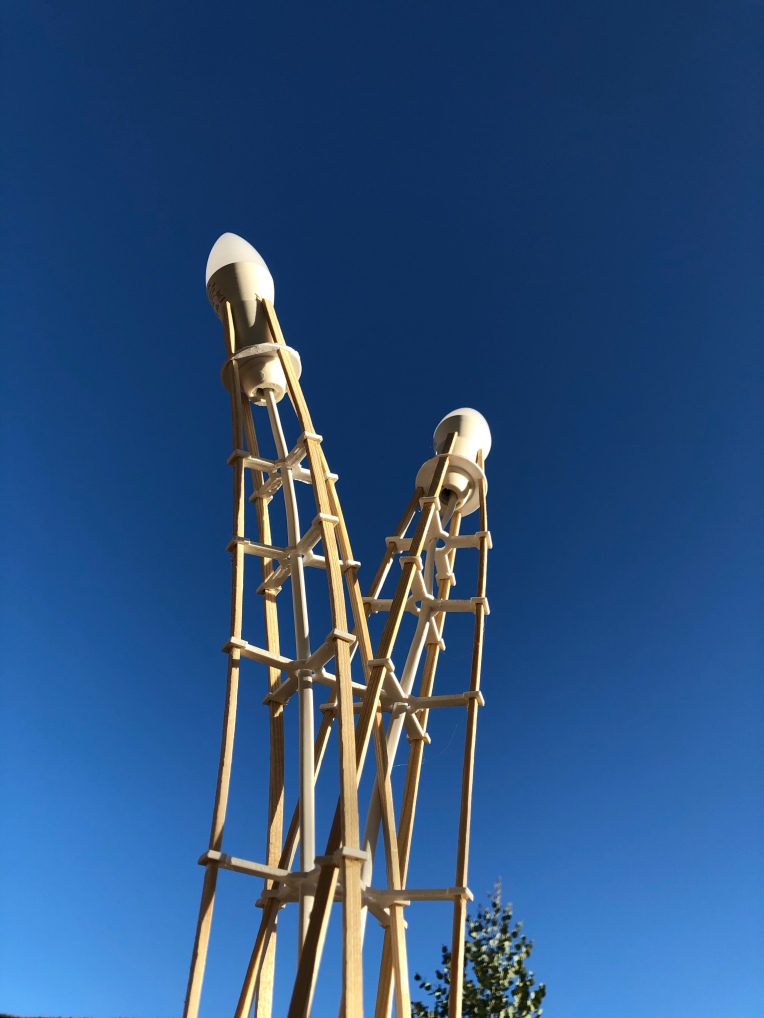 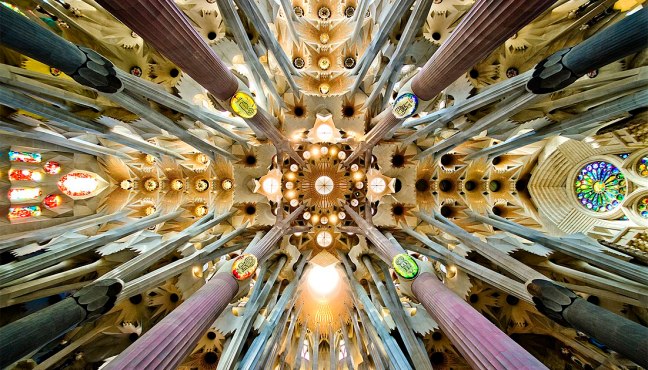 All my searches for truth spring from one question: “What is creativity?” Although I have big chunks of answers to this, in the process I have come across many philosophical models that are incompatible but within their own scope, they appear to be true. How is that possible: true but incompatible?

END_OF_DOCUMENT_TOKEN_TO_BE_REPLACED

I have a 1965 copy of “Tertium Organum”, written by Piotr Ouspensky in 1912. It’s a gem of philosophy, mathematics and esotericism. I read it a decade a ago and got lost on every page as the narrative jumps from mathematics to consciousness to perception of animals to higher spirits etc. I just reread it and managed to make sense of it. It is truly an extraordinary book. At the time of publishing it was admired for its boldness. It’s byline says it all: “THE THIRD CANON OF THOUGHT – A Key to the Enigmas of the World”. The first canon of thought was by Aristotle and the second by Bacon. END_OF_DOCUMENT_TOKEN_TO_BE_REPLACED

No, this is not a goodbye post though I’m certain to look back at such a post title with a chuckle. I was going to write about the original conditions of the universe and demonstrate that our laws of physics could have been quite different END_OF_DOCUMENT_TOKEN_TO_BE_REPLACED

In my newfound interest in non-dualism, which is a derived from Advaita Vedanta but takes its cues from any philosophy that puts infinite consciousness at the center of its experience, I’ve been trying to come to terms with the rejection of materialism END_OF_DOCUMENT_TOKEN_TO_BE_REPLACED 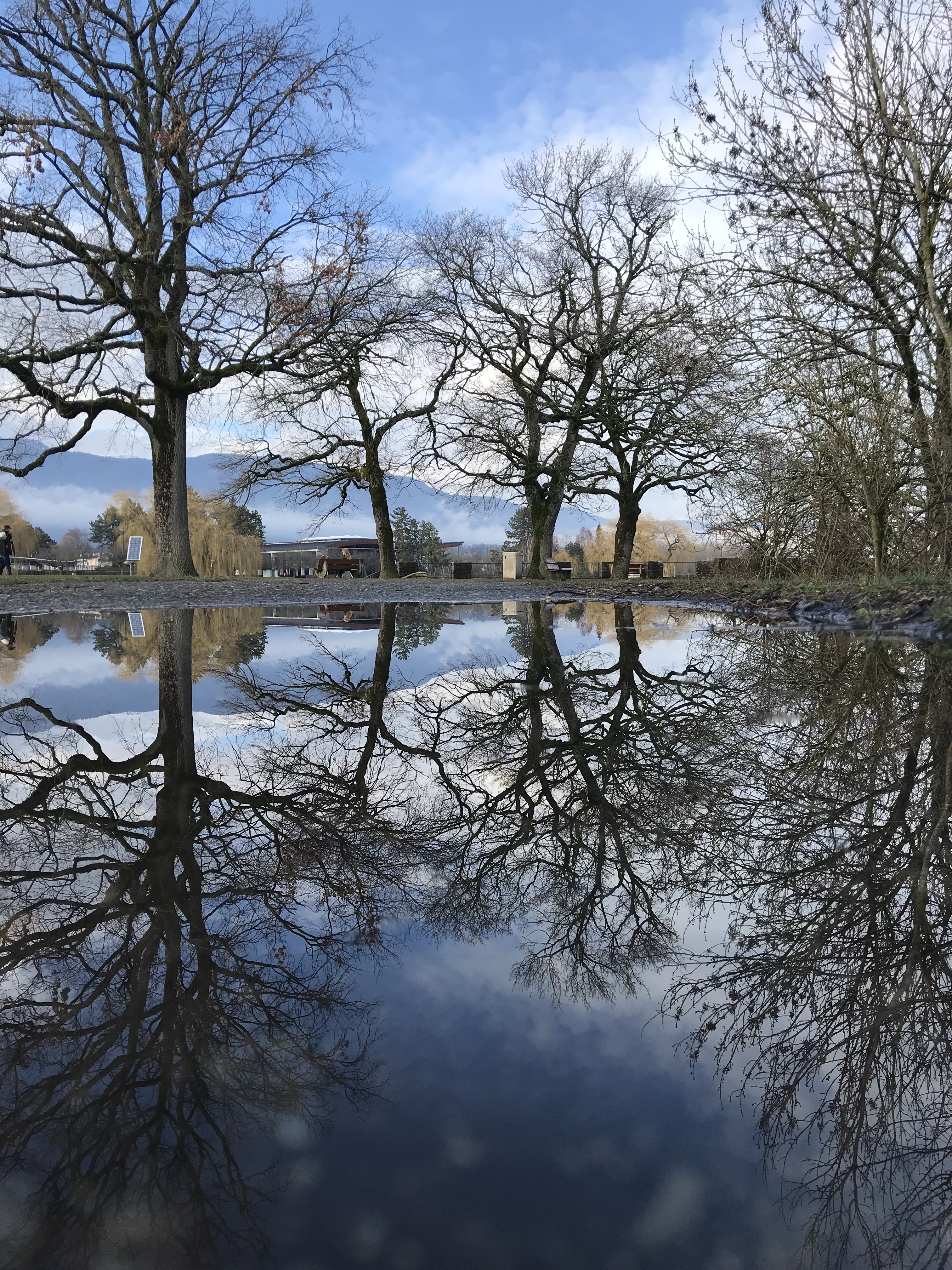 Recently I have been exploring the world of non-duality. This is the pursuit of recognizing that our belief that we and everything around us are separate is in fact an illusion created by our mind as a result of END_OF_DOCUMENT_TOKEN_TO_BE_REPLACED 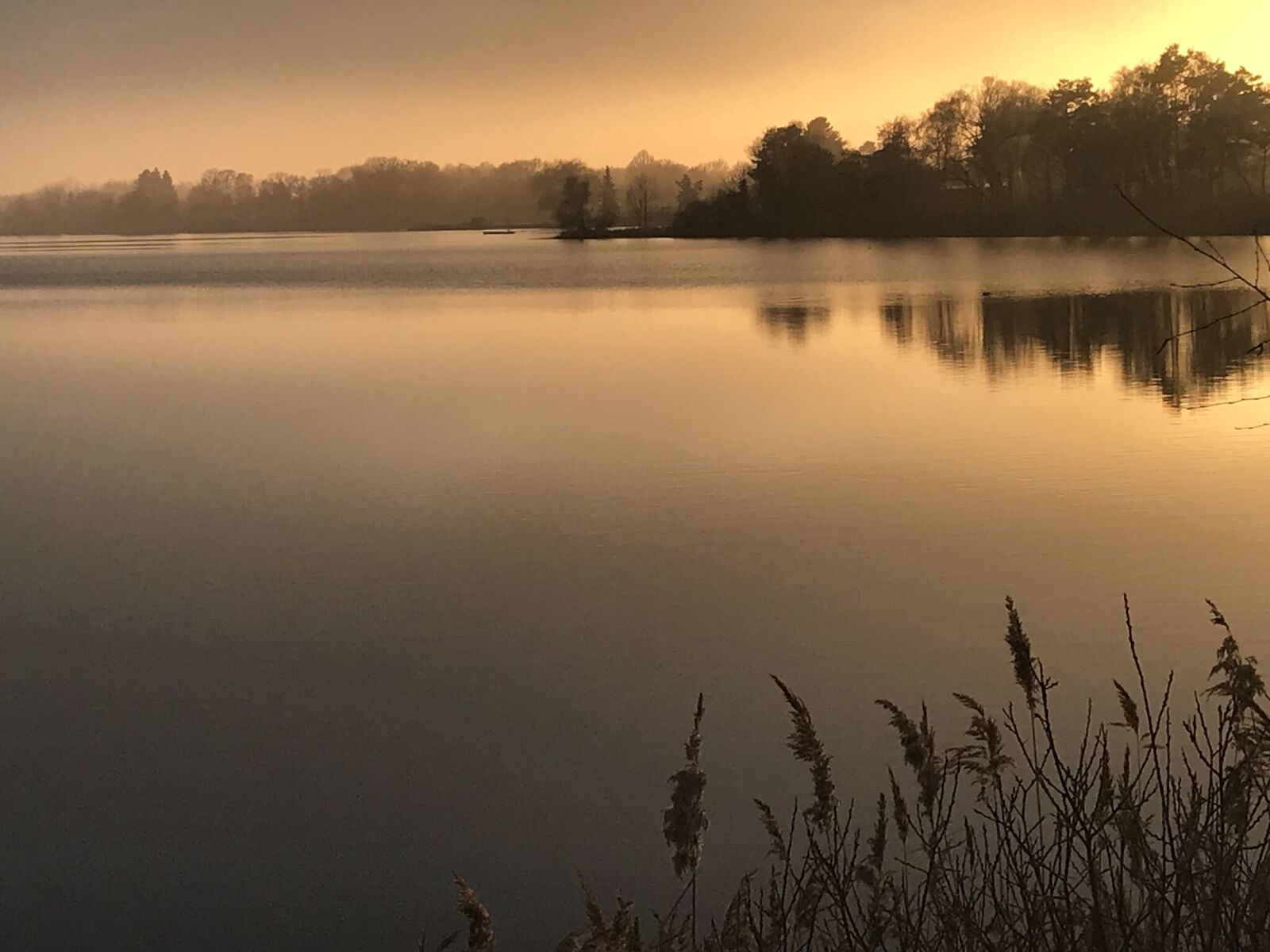 Buddhists advocate stilling the mind, to quieten the monkey brain and becoming aware of reality. Not reality as we imagine it in our brain, but reality as an experience of the senses. Necessarily such experience is in the present moment. Unlike thoughts, END_OF_DOCUMENT_TOKEN_TO_BE_REPLACED 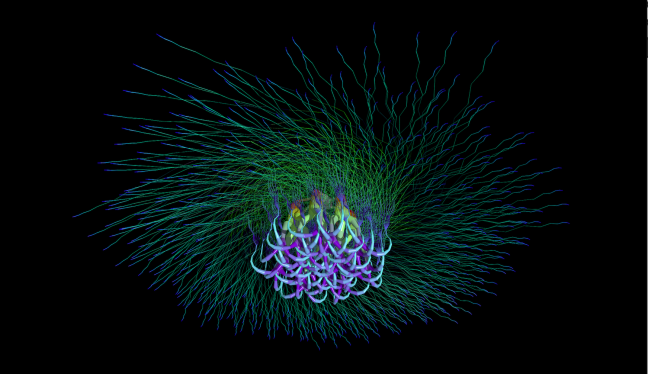 Reposted from my design blog. I am preparing an exhibition of genetic fractal art and this is an introduction to this.

With genetic fractals I am exploring the process of creation. A process that starts with nothing and evolves into something both beautiful and complex at once. Every artwork of genetic fractals has a clear origin: a thin line or a spike at the very heart of the form. From this origin, this seed, the shapes evolves and grows into the form.

But this work is only one facet of my search for creation. The question that I am really asking is: what is creation? What is it that makes something beautiful? What is it that makes it original and special? But underneath all of this lurks a deep question that humanity has pondered ever since it became conscious of itself: how did the most successful of all creations originate: life and its big sister, the universe?

Genetic fractals are my answer to that question. At its core is a mathematical theory…