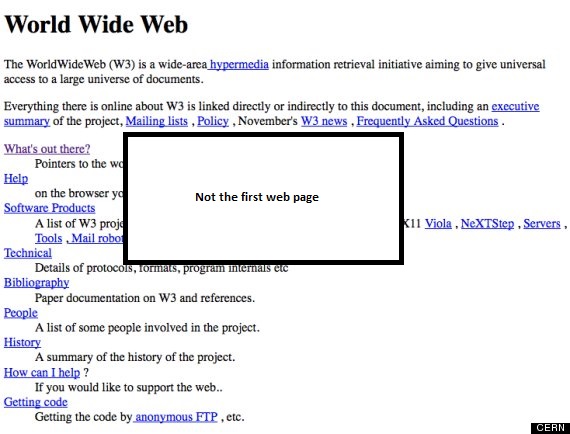 I have alluded to this ‘story’ before but as it is 20 years ago that CERN gave the World Wide Web to the world, I thought it would be a good occasion tell it all.

In 1990 (yes, not 1993), I was doing a night shift at CERN. CERN’s nuclear accelerators run 24/7 and at night and in weekends there are always technicians, engineers and scientist on shift, making the most of these hugely expensive facilities. At some ungodly hour I got this email (rephrased):

I would like to present you a new system I have been working on for the past few years. It is called the World Wide Web and it is essentially an information retrieval system. This will allow the global physics community to retrieve papers and other relevant information freely and easily.

Have a look and if you have any suggestions, please let me know.

I had met Tim at a few parties and remembered him as a quiet guy. Our common friend had introduced him to me as “This is Tim. He is working on a really cool information system”. Ok, so it was called the World Wide Web. A bit of  a mouthful.  As was URL: Uniform Resource Locator. Why these terrible names? When Tim presented his WWW to the scientific community they didn’t think it deserved names like “Global Address”or similar. After all, who did Tim think he was?

I went to the directory where the system was stored and started it up. (No we didn’t have hyperlinks in emails) . On my screen came the first web browser. 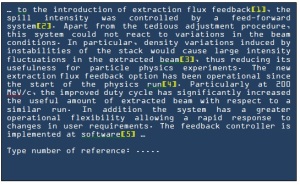 Now put yourself in my shoes. 3AM, you have just become one of the first 100 or so web surfer’s on the planet and someone shows you an ASCII browser: is this cool?

The WWW was not cool at all. It was boring. Who wants to surf the web for papers on physics when good old Anonymous FTP together with News Groups gave access to much more interesting information? Not me. Thanks Tim.

Browsers got better relatively soon and Mosaic was a big favorite. At that time all CERN employees automatically had their own web page. We used it post stuff on our hobbies: music, cars, gardening, cooking – whatever. At that time the web was pretty much limited to CERN so it was more of an intranet.

One day, jolly accelerator operators that we were, we got hold of the password of  one of our colleagues. When he went on holidays next day we made a new web page for him, entitled: My favourite hobby: Goat Splitting. It was decorated with mildly pornographic images. We were quite pleased with our good day’s work.

At roughly the same time the UK minister for science was visiting CERN and was shown around by the Director General. Keen to show the WWW, he stopped randomly in an office and proudly said that all staff had a web page. The secretary behind the desk showed her web page. Smiles all around. Then she clicked on “my friends” and landed on my home page. From there they were only one click away to Goat Splitting. Click…

It took me another 10 years to understand what the web was for: becoming rich. So I quit my job and joined a now defunct web shop called Viant. It was a truly amazing time and we had tremendous fun during the steamy heights of the internet bubble. I was too late of course to make the quick million but I met one guy there who did even worse.

During a 3 week corporate induction session in Boston we all shared our war stories. I recounted how I was one of the first people to ever see the web and how I had dismissed it as boring and not worth my time. Ha ha, everyone laughed, loser! Then another guy said, that is nothing.

He explained that when he was at university he and two room mates had been buying memory chips in bulk and were selling them at a small profit to other students. They started buying other components and soon they had a nice little business going. One day he realised it was taking too much time and he said to his room mates that he was going to stop this business and get on with studying.

‘Sure’, said Michael Dell, ‘but I will pursue this, if you don’t mind’.

19 thoughts on “Rewriting the history of the web”