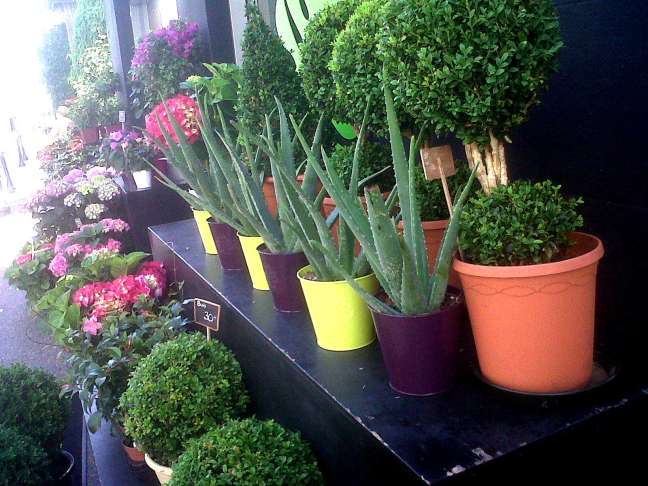 Before I give you your own experience of the fourth dimension, let me destroy the notion that you live in a three dimensional world.

Now don’t jump to the idea that I’m going to talk about Einsteinian spacetime, i.e. three spatial dimensions plus time; I am talking about plain old spatial dimensions, as in: a box has width, length and height.

Let’s go for a walk in the forest first. In the cool shade of the canopy we see holly bushes flowering. Will they produce enough berries for our Christmas decor? Personally, I love the wild strawberries and the fragile orchids. Can you smell the fresh pine? Can you spot traces and tracks of deer and wild boars?

Now have a good look and spot those three dimensions. No boxes here, I’m afraid. No geometrical shapes at all. Not a single circle, triangle, square or even straight line in sight. Wiggly branches, oddly shaped leaves and rippling water on the receding puddles of rain water.

The idea that there are three dimensions is entirely dictated by geometrists like Decartes who gave us a cartesian world in which everything fits in a box. Width, length and height. Enjoy. That is where Descartes is now, in a geometrical box in a box shaped hole.

Mathematicians have evolved since then and recognise that not everything fits in a box or is made of lines, circles and triangles. Most of us worked that out at pre-school. So Hausdorff proposed in the early 1900’s that there are fractional dimensions. To save ink, Mandelbrot shortened that to ‘fractals’.

This all came about when the Queen Elizabeth wanted to know how long her coastline was. So, geometers took to the task with yard sticks and came up with a number. The Queen, being a demanding lady, wanted a more precise answer and send an army of little geometers with shorter measuring sticks to remeasure the length of coastline of Britain. Because they had shorter sticks, they could measure the nooks and crannies of the rocky coast of Devon and Cornwall more precisely and found that the coast was a lot longer. So they took shorter sticks and remeasured and the coastline kept getting longer and longer. It wasn’t until a brave geometer reported to Queen Elizabeth that her coastline was infinitely long that she was pleased and ordered tea.

[OK, I made this up. It was in fact Mandelbrot who used the coastline of Britain’s west coast as a metaphor for the outlines of fractal shapes that are typically infinitely long when  the shape itself is limited in size]

Here is the surprising part, the coastline of Britain is not only theoretically infinitely long, it isn’t even one-dimensional. It isn’t a line and clearly it isn’t a surface and strangely enough it is something in between. It has been established that it has dimension 1.25 at Cornwall.

Ha! You weren’t expecting that, what?!  In this lovely forest, there isn’t a single thing that is either, 1, 2 or 3 dimensional. Everything in nature has fractal dimensions and although some things may get close to those pre-school dimensions, they are not quite that.

Just to destabilise you a little further: you can’t even see in three dimensions. Our sight is mediated by two mushy globules called eyes. They are a few inches apart and give us stereoscopic sight. Attached to those eyes is a brain that calculates a three dimensional image from the two flat images that the eyes see and it is only partially successful. Things up close look reasonably well like three dimensional objects but past a few dozen meters, the third dimension fades into two dimensions and everything we see at a distance is as flat as a dutch polder. Our other senses aren’t a lot better so our three dimensional perception only reaches a few meters at best.

But, all is not lost because we have the biggest illusion theatre ever built for mankind: Ze Brainne. Which is french for: the brain.

Everything you see is projected inside your head. What you see is what the brain theater is showing you and that isn’t necessarily how it really is. This is good news. Actually.

Dimensions as we perceive them are very much part the model of reality that has evolved in our brain. The fact that we can see approximately in three dimensions is quite extraordinary. That took a lot of evolution and anyone having tried to write 3D graphics code for computers will know how hard it is to make that work! But it isn’t because we have evolved a three dimensional experience that the world is approximately like that.

The world is not in three dimensions, not even approximately.

There is a fourth dimension, a fifth etc. Physicists have got as far theorizing about eleven spacetime dimensions. I won’t stretch my own brain and limited credibility by suggesting that there are no limits to how many dimensions there are; I will leave that for someone else to say.

Back to earth. Can we experience more than approximately three dimensions?

If, as I suggested there are more than three dimensions and our perception of dimensions is a matter of brain programming, then there is no reason why we can’t experience four spatial dimensions.

Mathematicians and physicists are quite comfortable with higher dimensions. They can calculate them, reason in them and even visualize them. Sadly, they have chosen a four dimensional box as the standard teaching tool. It is called a tesseract (here is a rotating tesseract). No matter how many hours I have stared at a rotating tesseract, I can’t make head nor tail of this box. If there is any evidence that Descartes with his box view of the world did us a disfavour, it is here. Forget boxes. Forget tesseracts.

The most beautiful example of a fourth dimensional shape I know is a flock of starlings in murmuration. You may have seen them in these massive bulbous morphing shapes. The movement is mesmerizing and there is a good reason for that: those birds are flying in a fourth dimensional formation! As this formation moves through our three dimensional view, it looks like the formation morphs and bulges but that is just a perspective from our viewpoint: the actual formation is close to static in the fourth dimension. I won’t go into how they do it but it is relatively straightforward; each bird knows how to move with respect to other birds and controls its distance and speed.

Or is all this trickery and sleight of word?

The same is true for any shape that moves.

Yes, you read that correctly. Any boring object will display its fourth dimensional view  when you walk past it. I am not talking about the time dimension although it is hard to separate the two. This is why we pick things up and study them from all sides rather than just stare at that with our sluglike stereoscopic eye blobs. Our brain wants us to get a higher dimensional view so we rotate it, move it and play with it.

As I write this, a breeze ruffles the branches of a tree outside my office. It gives me an instantaneous sense of depth which it misses when the tree is motionless. Movement feels very different from stillness. It is a very different experience.

I promised that I would show you the fourth dimension. It works for me and I hope it works for you. Next time you pass a tree, when you get close, turn your head to the trunk. As you walk past it in a straight line, turn your head slowly so that it stays directed at the trunk. As you walk, the branches will slowly sweep through your field of vision and the create a three dimensional ghost image that your brain matches with the actual image that you are seeing. You might have to try a few times but at some point your brain will match the two three dimensional images and pop into a four dimensional vision of the tree. It only lasts a few seconds but it always stuns me.

This is something that filmmakers will have to learn. The purpose of 3D TV is not to show us images in three dimensions. We already had that with our flat TVs. They need to learn to conjure four dimensional scenes as they pan through the three dimensional panoramas. They will learn this over time and I predict that those silly 3D sets will become quite amazing yet!

There is a follow up post with some nuts, bolts and clarifications: Far fetched facts or fancy fiction?

[a year or so later] Here is a beautiful animation of 4D tree made with genetic fractals that I created. Much better than a rotating tesseract! Stare, wonder and be mesmerized!

32 thoughts on “Oh, grow up out of your preschool dimensions!”