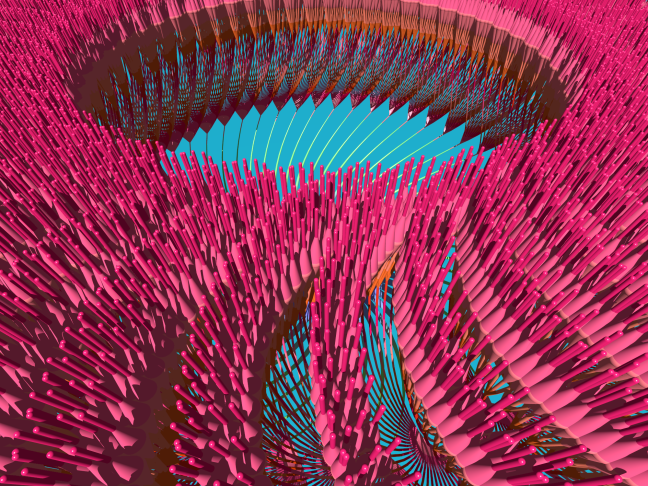 I haven’t written about genetic fractals for a while which is too bad because they hold the key to life, the universe and everything. Last night I was messing around with the algorithm and produced the sea urchins in the banner above. It reminded me about the dynamic nature of these fractals and how their evolution is reminiscent of life itself.

If you have browsed around a little, you may have come across the shadow tree which was 3D printed into a sculpture “Ombrier I”. This was displayed at TEDxLausanne a few years ago. As an illustration I created a video that showed the evolution of this tree. What surprised me in this simulation was how the tree appears to grow from a simple stem which matures slowly until it fully deploys as a magnificent tree at which point I stopped the growth and rotated the shadow tree to show off the shadows. What I didn’t show is what happened when I let the tree evolve further. It curved in on itself until it disappeared into nothing. The shadow tree shriveled up. It died.

Genetic fractals have such fundamental elements of life built in: birth, growth, maturity an death. What is surprising is that this isn’t the result of design. When I designed the genetic fractal equation, I didn’t intend it to reflect such features of life. That was a consequence of the dynamic geometry of these fractals. It is not difficult to understand this. When something grows it only has a few options. It can:

Another feature of genetic fractals is the dualistic nature of simplicity and complexity. The formula that governs their evolution is incredibly simple. The sea urchins above are simply 50 spines that curve inwards. At the end of each spine they split into 6 rigid tentacles. The color evolves along the spines following a smooth change from blue through green to red and orange.

The resulting form appears very complex and detailed. The small urchin has exactly the same structure as the mature one except that the small one has more curvature in the spines: it is more tightly wound up. If you reduce the curvature even more, than the urchin fully deploys into something that is reminiscent of an open soft coral. 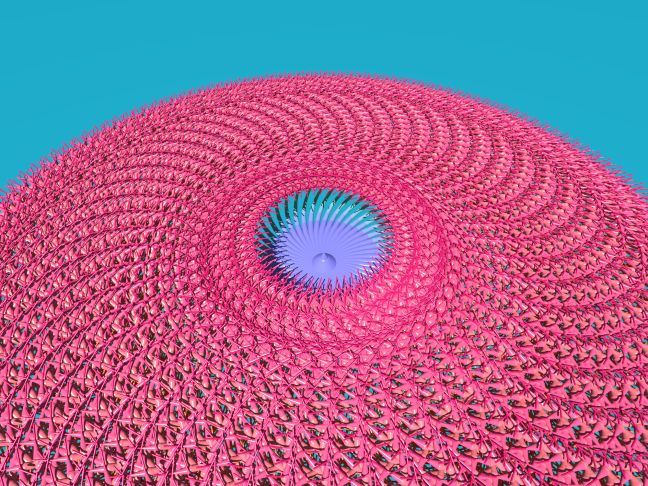 As I said, these examples of genetic fractals are intrinsically simple but complex and perhaps beautiful at the same time. This has taught me something about the simplicity and complexity of the world we live in. Although the world, the universe and life are infinitely complex, I am convinced that the first cause, the equation if you will, that underlies it is astonishingly simple. Simplicity is the mother of complexity.

The genetic fractal story is far from over. I continue to experiment with the maths, the forms and aim to build these. Created a couple of them using 3D printing and CNC. But their application goes much further than art.